Charlie is the EON Project Manager for the communities of Bulman and Beswick (Wugularr) in the Big Rivers region of the NT.

Charlie studied environmental science at Deakin University. In 2018 he completed his honours research into movement patterns of bearded dragons within farming landscapes, with the aim of informing conservation projects.

He has recently moved to Katherine from Victoria, where he was working as Team Leader: Waterways and Land Management, for Moonee Valley City Council in Melbourne.

Charlie has strong interests in ecology, land management and sustainability. The EON program appeals to him because it builds capacity within communities to take control of their own access to a healthy diet.

He is very keen on making connections in Beswick and Bulman that will allow the program to thrive into the future. 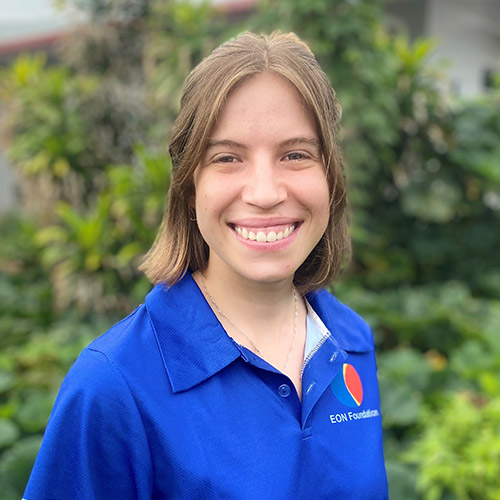 Lucie is EON’s Project Manager delivering the Thriving Communities program at MacFarlane Primary School in Katherine, and with the school and community of Jilkminggan.

Originally from Adelaide, Lucie recently finished her Bachelor of Nutrition and Dietetics (Honours) where she spent time researching how domestic food tasks like cooking can be shared more equally between mother and father.

Her interest in food and health considers the social, cultural and environmental aspects of food consumption. She is particularly passionate about addressing ‘food problems’ in remote populations and believes increased access to healthy, affordable and culturally significant foods is a crucial piece of the puzzle. 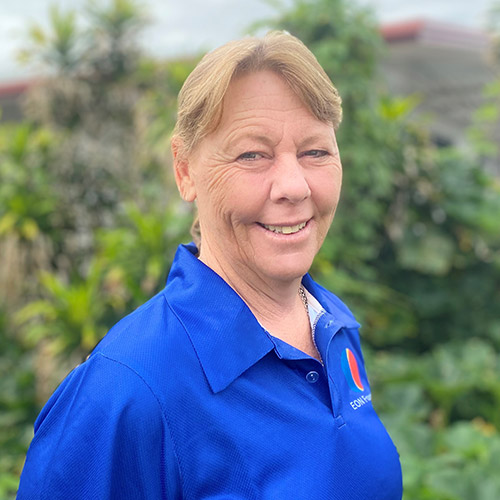 Karen is EON’s Project Manager delivering the Thriving Communities Program at Clyde Fenton Primary School in Katherine, and with the school and community at Minyerri in the Big Rivers region.

Karen has previous experience working at Clyde Fenton Primary, including participating in their school holiday program delivering cooking classes to the feeder-communities of Binjari, Kalano and Rockhole. More broadly, she has worked as a Student Engagement / Truancy Officer with the Northern Territory Department of Education for many years.

Karen was born and raised in Katherine. She is married with three children, and currently enjoys living on a large property that ends on the Katherine River. The horses and cattle that roam the property keep her well supplied with manure for her vegetable garden. Karen likes to spend her spare time gardening, cooking and just being at home with her animals. 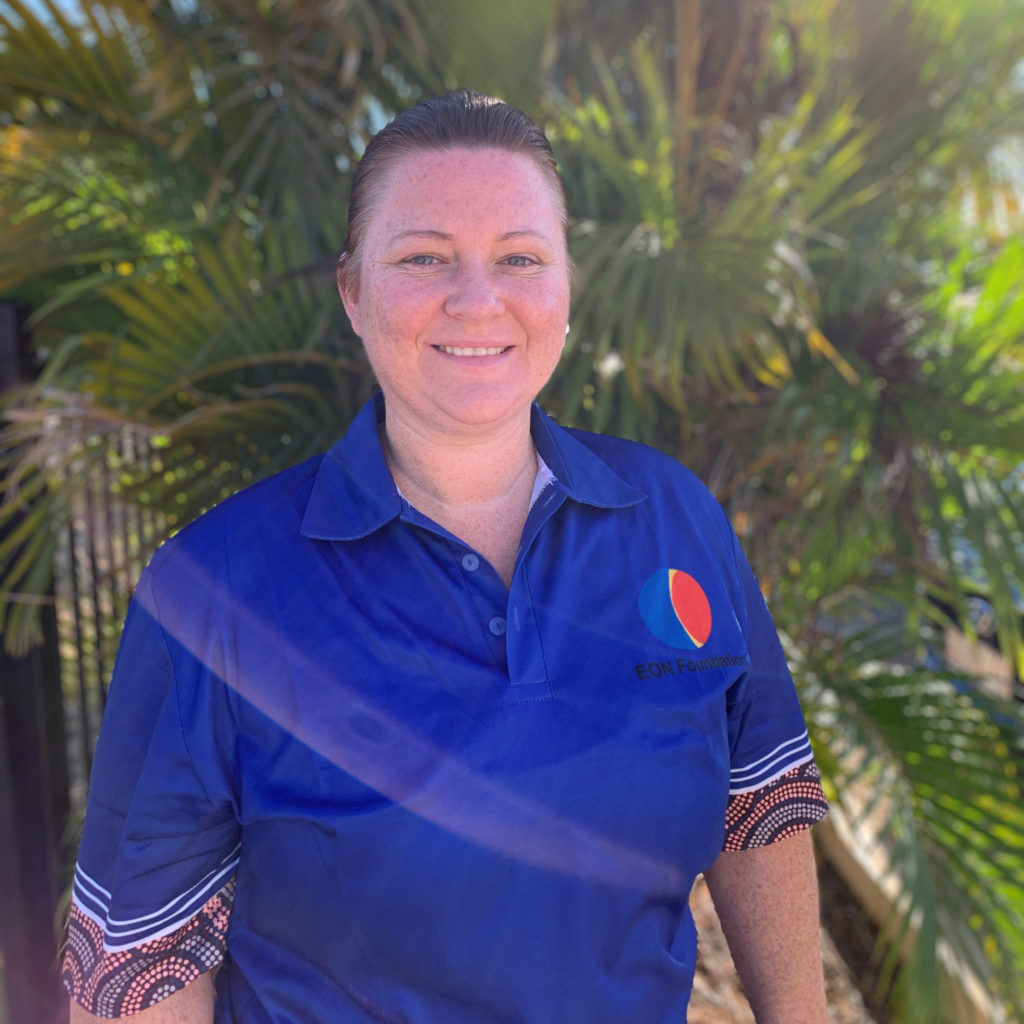 Erin is EON’s Project Manager for the communities of Ngukurr and Urapunga, located in the Big Rivers Region of the NT.

A mother of three, Erin has always enjoyed cooking and preparing nutritious food for her family and friends. Since relocating from Victoria to Ngukurr, Erin has immersed herself in community life, sharing her home-cooked healthy meals with other local families and children.

Erin is an avid gardener and previously worked closely with a community garden in Victoria. Having run her own small business, Erin brings outstanding communication and organisational skills to the role.

Kaillee is EON’s Project Manager for the Central Arnhem communities of Pine Creek and Barunga.  An Indigenous woman from the Katherine region, Kaillee has lived, worked and raised her family in the area.

She has spent the last 9 years working in local government. During this time Kaillee worked closely with remote Indigenous communities and developed a passion to help improve the health and wellbeing of community members, particularly through nutrition education with the children.

Kaillee enjoys working in a practical ‘hands-on’ manner and has a long-term personal interest in gardening and healthy eating which she has passed on to her 3 teenage children. 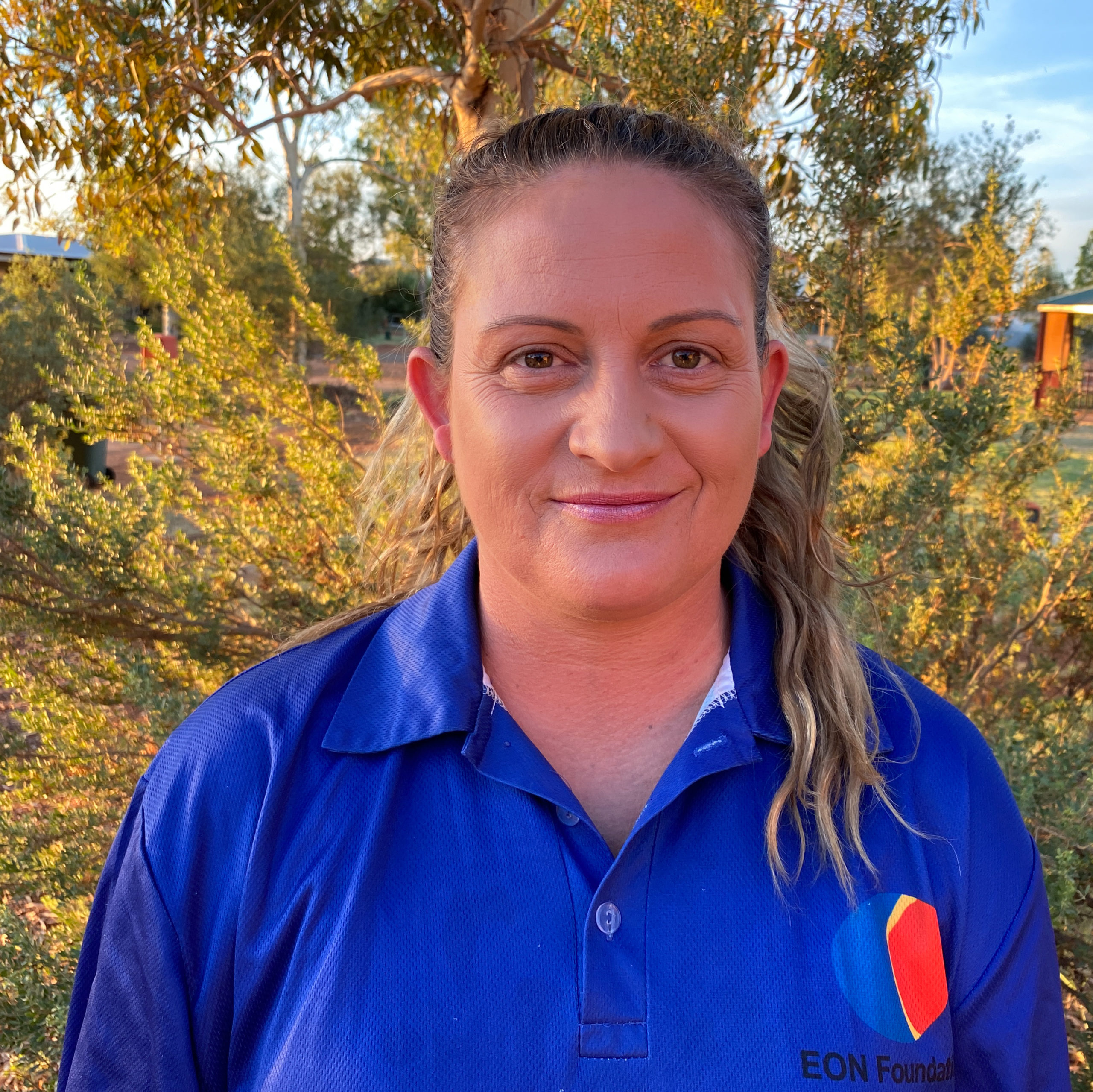 Briar is EON’s Project Manager for the Mid-West region in WA, delivering the Thriving Communities Program in Meekatharra, Mount Magnet and Yalgoo.

Originally from New Zealand, Briar currently lives in Cue – located about half way between Meekatharra and Mount Magnet. Prior to joining EON, she taught for many years at Cue Primary School –where she was instrumental in establishing an edible garden which she incorporated into her lessons. In this role Briar also enjoyed working with students of all ages in cooking classes, and school-based food preparation.  Briar brings to the EON role a familiarity with living and working in the Mid-West region and a sound knowledge of local growing conditions.

Briar is the mother of two adult children and is passionate about cooking, gardening and teaching.

Jacqui is EON’s Project Manager delivering the Thriving Communities Program in the communities of Kalkaringi and Yarralin, in the Victoria River Region in the Northern Territory.

Jacqui comes to EON with an extensive background in conservation and land management, specialising in threatened species conservation work, in both Victoria and the Northern Territory. She also has considerable experience working with successful Junior Ranger programs in both regions.

Jacqui has lived and worked in remote communities in the NT since 2018. Previously employed as the Ranger Coordinator in Kalkaringi, she has worked closely with the traditional owners and the community on Gurindji country.  She has also worked for Kakadu National Park as a Project Officer for Threatened Species.

Jacqui has established productive home veggie gardens for herself and her family, she thinks there’s nothing better than fresh, home-grown produce!